August is here, and with it comes a new slew of top fantasy action and adventure reads! Let’s take a look at what’s changed since last month!

An astonishing technique for recovering and cloning dinosaur DNA has been discovered. Now humankind’s most thrilling fantasies have come true. Creatures extinct for eons roam Jurassic Park with their awesome presence and profound mystery, and all the world can visit them – for a price.

Until something goes wrong….

Darrow is a Red, a member of the lowest caste in the color-coded society of the future. Like his fellow Reds, he works all day, believing that he and his people are making the surface of Mars livable for future generations. Yet he spends his life willingly, knowing that his blood and sweat will one day result in a better world for his children. But Darrow and his kind have been betrayed. Soon he discovers that humanity reached the surface generations ago. Vast cities and sprawling parks spread across the planet.

Darrow – and Reds like him – are nothing more than slaves to a decadent ruling class. Inspired by a longing for justice, and driven by the memory of lost love, Darrow sacrifices everything to infiltrate the legendary Institute, a proving ground for the dominant Gold caste, where the next generation of humanity’s overlords struggle for power. He will be forced to compete for his life and the very future of civilization against the best and most brutal of Society’s ruling class. There, he will stop at nothing to bring down his enemies…even if it means he has to become one of them to do so.

Winter is coming. Such is the stern motto of House Stark, the northernmost of the fiefdoms that owe allegiance to King Robert Baratheon in far-off King’s Landing. There Eddard Stark of Winterfell rules in Robert’s name. There his family dwells in peace and comfort: his proud wife, Catelyn; his sons Robb, Brandon, and Rickon; his daughters Sansa and Arya; and his bastard son, Jon Snow. Far to the north, behind the towering Wall, lie savage Wildings and worse—unnatural things relegated to myth during the centuries-long summer, but proving all too real and all too deadly in the turning of the season.

Yet a more immediate threat lurks to the south, where Jon Arryn, the Hand of the King, has died under mysterious circumstances. Now Robert is riding north to Winterfell, bringing his queen, the lovely but cold Cersei, his son, the cruel, vainglorious Prince Joffrey, and the queen’s brothers Jaime and Tyrion of the powerful and wealthy House Lannister—the first a swordsman without equal, the second a dwarf whose stunted stature belies a brilliant mind. All are heading for Winterfell and a fateful encounter that will change the course of kingdoms.

Meanwhile, across the Narrow Sea, Prince Viserys, heir of the fallen House Targaryen, which once ruled all of Westeros, schemes to reclaim the throne with an army of barbarian Dothraki—whose loyalty he will purchase in the only coin left to him: his beautiful yet innocent sister, Daenerys.

Deep within the Wood, a young woman lies dead. Not a mark on her body. No trace of her murderer. Only her chipped glass slippers hint at her identity.

The Woodcutter, keeper of the peace between the Twelve Kingdoms of Man and the Realm of the Faerie, must find the maiden’s killer before others share her fate. Guided by the wind and aided by three charmed axes won from the River God, the Woodcutter begins his hunt, searching for clues in the whispering dominions of the enchanted unknown.

But quickly he finds that one murdered maiden is not the only nefarious mystery afoot: one of Odin’s hellhounds has escaped, a sinister mansion appears where it shouldn’t, a pixie dust drug trade runs rampant, and more young girls go missing. Looming in the shadows is the malevolent, power-hungry queen, and she will stop at nothing to destroy the Twelve Kingdoms and annihilate the Royal Fae…unless the Woodcutter can outmaneuver her and save the gentle souls of the Wood.

The Horde and the Alliance defeated the demonic Burning Legion, but a dire catastrophe is unfolding deep below the surface of the world. There is a mortal wound in the heart of Azeroth, struck by the sword of the fallen titan Sargeras in a final act of cruelty.

For Anduin Wrynn, king of Stormwind, and Sylvanas Windrunner, warchief of the Horde and queen of the Forsaken, there is little time to rebuild what remains and even less to mourn what was lost. Azeroth’s devastating wound has revealed a mysterious material known as Azerite. In the right hands, this strange golden substance is capable of incredible feats of creation; in the wrong ones, it could bring forth unthinkable destruction.

As Alliance and Horde forces race to uncover the secrets of Azerite and heal the wounded world, Anduin enacts a desperate plan aimed at forging a lasting peace between the factions. Azerite jeopardizes the balance of power, and so Anduin must gain the trust of Sylvanas. But, as ever, the Dark Lady has her own machinations.

For peace to be possible, generations of bloodshed and hatred must be brought to an end. But there are truths that neither side is willing to accept and ambitions they are loath to relinquish. As Alliance and Horde alike grasp for the Azerite’s power, their simmering conflict threatens to reignite all-out war – a war that would spell doom for Azeroth.

Check out our tips for self-publishing! 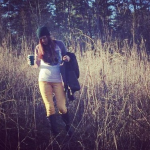 L.F Oake (AKA Lilian Oake) is an Amazon bestselling author of teen and adult fantasy. She is best known for Nahtaia: A Jaydürian Adventure, which boasts a whopping 3.7 million online hits. Born and raised in Phoenix, Arizona, she moved to North Carolina where she writes full time and is hard at work on her next book. When she is not writing, she is educating her horde of goblins in the ways of Middle Earth and Narnia with the help of her husband.

The Mind of the Creator

Writing What You Do Not Know

Scroll back to top